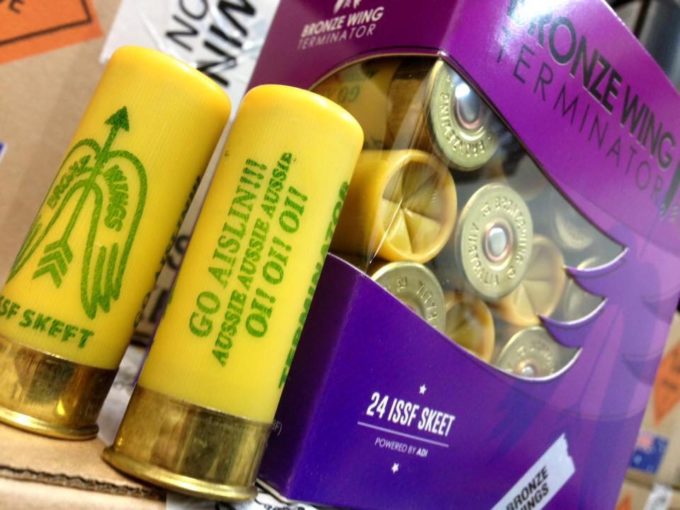 Going for gold with ADI

In January this year, Aislin became the youngest woman to win the Australian National Skeet Championship, and in April she was selected to compete as part of Australia’s 16-strong team heading to the Rio Olympics. At just 16 years old, she is Australia’s youngest ever Olympic shooter.

Bronze Wing has reduced the load and made a special batch in green and gold with ‘Go Aislin!! Aussie Aussie Aussie Oi! Oi! Oi!’ printed on the shells.
Skeet shooting is one of three disciplines of competitive clay pigeon shooting; the others are trap shooting and sporting clays. Participants, using shotguns, attempt to break clay targets mechanically flung sideways into the air from two fixed stations that intersect in front of the shooter.

Aislin will compete in the Women Skeet qualification, on Friday 12 August.