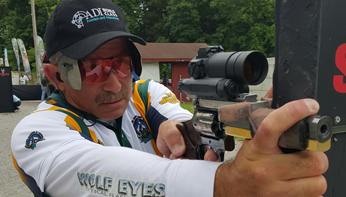 He has been competing at an elite level in the NRA Action Match pistol discipline since the early 90’s and has been using ADI powders exclusively since that time in both competition and recreational firearms/ammunition.

Steve is the current PA National Action Pistol Champion and this year he achieved top qualifier and membership of the Sporting Shooters Association of Australia (SSAA) 2016 Australian Action Pistol Team, and competed at the 36th Midway USA NRA Bianchi Cup (Missouri USA) in May 2016.

In the lead up to Bianchi, Steve took out 1st place at the NRA Regional Championship; Flagler Cup in Missouri against 93 other competitors. At the Bianchi Cup he placed 26th with a score of 1901 163X (the highest X count of all the Aussies), 2nd in Barricade event after a shoot off with 4 other shooters, 3rd in Revolver Division & 10th International.

ADI Powders are proud to be part of Steve’s team and look forward to supporting him at the Darwin Action Pistol National Championships 24-27th August. 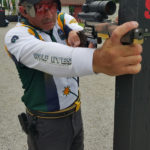 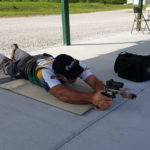 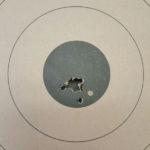 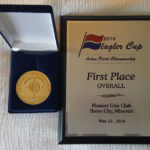